When is a picture worth more than a thousand words?

When it’s Word of the Year.

That’s what the Oxford Dictionaries have named “Selfie” for 2013. And the word has all of us to thank.

Oxford defines a Selfie as:

“a photograph that one has taken of oneself, typically one taken with a smartphone or webcam and uploaded to a social media website” 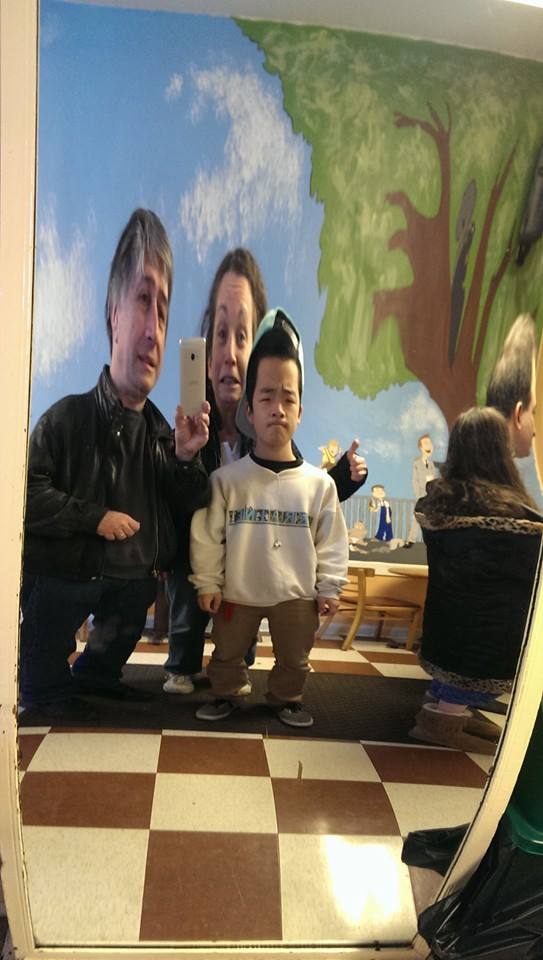 Certainly a lot of us have snapped Selfies. It’s remarkable how often a bevy of people can be found standing closely together with one person’s cell phone camera pointed towards the group.

The Origins of the Selfie

The term Selfie did not magically appear this year.

Here’s what Oxford believes to be the original use of the term – on an Australian internet forum:

2002 ABC Online (forum posting) 13 Sept.
“Um, drunk at a mates 21st, I tripped ofer [sic] and landed lip first (with front teeth coming a very close second) on a set of steps. I had a hole about 1cm long right through my bottom lip. And sorry about the focus, it was a selfie.”

While the word obviously has, er, humble origins, it’s usage began growing dramatically with the advent of the smart phone, and exploded this year. Oxford says that use of the term Selfie increased by 17,000% in 2013.

With popularity like that, small wonder that Selfie was the unanimous choice of the editors.

The term already has a place in the Oxford Dictionaries Online – though not yet in the Oxford English Dictionary. And variations of the term are on the rise (“helfie,” for example, is a picture of one’s own hair. “Drelfie” is a drunken selfie…which actually is probably what the coiner of the term in Australia was actually snapping.)

Tech-related words are not out-of-place on the Oxford Word of the Year lists. And technology is such a part of daily life that people comfortably use tech-associated terms  that may have been unknown to them only a few years earlier.

Bitcoin: a digital currency in which transactions can be performed without the need for a central bank

Bingewatch: to watch multiple episodes of a television programme in rapid succession, typically by means of DVDs or digital streaming

Showrooming: the practice of visiting a shop or shops in order to examine a product before buying it online at a lower price.

In 2012, the Word of the Year was GIF – a compressed file format for images that has been around for 25 years, but was popularized enough to move from noun to verb (Oxford’s example: “he GIFed the highlights of the debate“).

At the Heart of Word of the Year: Technology 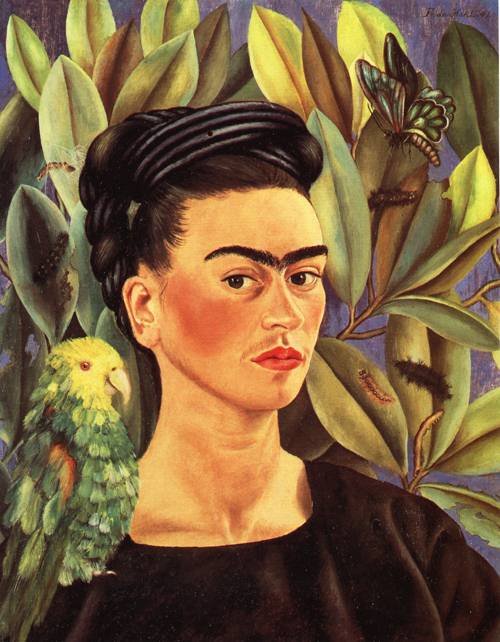 A Frida Khalo Selfie — “Self Portrait with Bonito”

Not surprisingly, Oxford relies on technology to even attempt to arrive at a Word of the Year. Here’s how the first cut is made, before any editors or lexicographers are involved:

The candidates for the Word of the Year are drawn initially from the Oxford Dictionaries New Monitor Corpus, a research programme which collects around 150 million words of current English in use each month, using automated search criteria to scan new web content. Sophisticated software allows us to identify new and emerging words on a daily basis and examine the shifts that occur in geography, register, and frequency of use.

So here’s to the Selfie. Some may think it the ultimate in self-consciousness or narcissism. But remember: painters like Rembrandt, Van Gogh, Kahlo, and Picasso produced self-portraits that were essentially Selfies. The tech tools they used were paints, brushes and canvas.

One wonders what they would have done with the technology not only of their time, but of ours.

Want to learn more about Oxford Dictionaries Word of the Year selection? Go to http://blog.oxforddictionaries.com/2013/11/word-of-the-year-2013-winner/