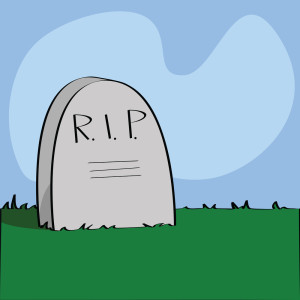 Microsoft has threatened to pull the virtual plug on Windows XP several times over the past few years. But now they’re finally serious. All technical support of Windows XP ends this spring.

As Microsoft has announced: “After April 8, 2014, there will be no new security updates, non-security hotfixes, free or paid assisted support options or online technical content updates.”

When you consider that Windows XP was launched way back in 2001, its consistency, and usefulness have been extraordinary.

But now is not the time to lament the end of XP. Focus instead on moving to another Operating System as fast as you can.

The Death of XP: Yes, You Should Care

Without ongoing security patches or other updates, Windows XP will quickly become much more vulnerable to infections, hacking, and other security risks. Think of a fortress that is abandoned by its troops. It doesn’t take long for an enemy to take over. Don’t be surprised if computers running XP start turning up with an avalanche of viruses, malware, and Trojans as the weather warms.

If you are a current XP user then it’s time to abandon ship. It would be unwise to continue using the operating system after April 8th.  The only exception to this would be if you are planning to use the old OS on a computer isolated from an internet connection.

Younger siblings Windows 7 and Windows 8 are robust, more efficient, and less vulnerable to infection than Windows XP.  And if you’ve been concerned about learning a new OS, then the good news is that these more recent versions of Windows can each be easily modified to look and operate very much like Windows XP.

Recommendation: Switch Now Before You Have a Problem

Bergen IT strongly suggests planning an upgrade path to Windows 7 or Windows 8 before April. This is one case where you don’t want to wait until the absolute last minute to upgrade, particularly if you want to move to Windows 7. Availability of Windows 7 is getting more limited as Microsoft puts more energy behind the year-old Windows 8.

The next version of Windows is likely to debut in April 2015, just a year from this coming Spring.

Can’t decide which OS to use? Check out: Windows 7 or Windows 8: Time to Choose.

Can My PC Support a Change in Operating System?

If a computer currently running Windows XP can host at least 4 GB of RAM and the hard drive capacity is over 250 GB, it should be capable of hosting a more recent version of Windows. 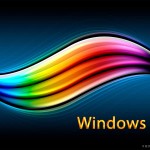 It goes without saying that you’ll get better performance from a new computer. Just about all new consumer PCs are preloaded with Windows 8, while many new business-class machines can come with either Windows 7 or Windows 8.

The choice of getting a new computer or sticking with your existing machine will depend on budget and the health of your existing hardware. Since most computers running Windows XP are over five years old, your best bet is to purchase a new computer.

Need Help? Give Bergen IT a Call.

Get your planning going so that you can make a Windows move before you face the increased risk of infection or hacking. Whether you choose Windows 7 or Windows 8 as your next operating system, abandoning Windows XP is inevitable.

Give us a call for an evaluation of your current system(s). We’ll work with you to determine the best path for protecting your data, and improve your computing experience in a post-Windows XP world.

Bergen IT serves northern New Jersey (including Bergen, Essex, Hudson, Morris, and Passaic counties), Manhattan and the Bronx, Rockland, and Westchester Counties, and can remotely assist clients across the country.